You are here: Home » Instructors 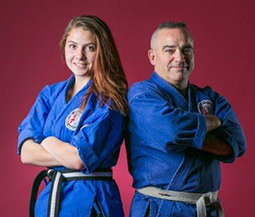 Sensei Lyle Cheney has been training in the Martial Arts for the past 42 years. He has studied under some of the world’s most recognized masters and coaches and holds Black Belt ranks in Zen Karate, Tae Kwon-Do and Kickboxing. As a Martial Arts competitor Mr.Cheney is one of Canada’s elite. He has won more than 600 awards in Martial Arts and Kickboxing competition.

Mr.Cheney was ranked as the number 8 contender in North America in the Welter Weight division. As an instructor Mr.Cheney has been teaching for the past 31 years and during that time he has produced North American, Canadian and many regional champions from his school.Mr.Cheney is a highly regarded official for both Traditional and Full Contact martial arts and is ranked as an international level A referee for the Canadian Muay Thai Council and the World Kickboxing Association. In 1996 Mr.Cheney was inducted into the World Kickboxing Association Hall of Fame as Coach Of The Year. As well in 1996 and 97 Mr.Cheney was inducted into the Blackbelt Hall of Fame of the Canadian Open Martial Arts Association.

In the fall of 2013 Mr. Cheney was inducted into the International Martial Arts Hall of Fame as the Kickboxing Master of the year.

Mr. Cheney is also ranked as the “Referee In Chief” of the Ring Sports Officials Association. This body is the oldest and most respected Kickboxing and Muay Thai officials association in Canada. Mr. Cheney is only one of a few people in the country certified to officiate both International Professional & Amateur World title matches as a referee and judge.

Mr.Cheney is committed to providing top quality professional instruction and to help each student reach their full potential as a martial artist. 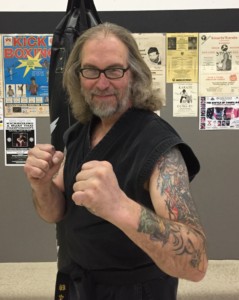 Sensei Brian Jewett has trained with our school for the past 20yrs and holds a 3rd degree black belt in Zen Karate-Do. Mr. Jewett assists with all levels of the adult Karate program and is a highly respected member of our team. Mr Jewett has the distinction of having 2 daughters who are also black belts in our school. He is also an avid tournament competitor having placed in at least the top 3 in every competition he has entered. 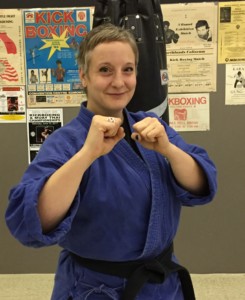 Sensei Anne has been training with the dojo for 10 years. Sensei Anne actively competes in numerous Karate Tournaments in Western Canada. In March 2014, she won the Coloured Belt Grand Champion. Sensei Anne is a great success story of Martial Arts being an integral part of taking back her health. To date, she has lost over 110lbs, and her fitness level has improved immensely. She assists with the Kids Intermediate & Beginner Karate classes. 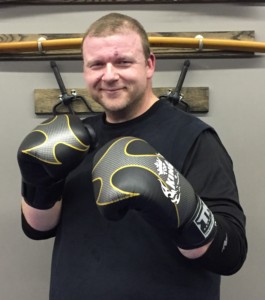 Sensei Ryan has been training in Kickboxing/Muay Thai for 10 years. Sensei Ryan actively competes in tournaments in Western Canada. In May 2013, Sensei Ryan won the Men’s Advanced Heavy Weight Kickboxing Tournament at the Canadian Karate Championship Tournament. He is an assistant instructor for Kickboxing & Muay Thai. 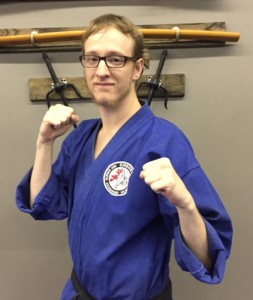 Sensei Joseph VandenBosh has been training in Zen Karate Do for 10 years. Sensei Joseph actively competes in Karate tournaments. His accomplishments include a Silver and Bronze Medals at the World Games -Vegas, 2010 as well as a Gold, Silver and Bronze Medals at Pan American Games – 2011. His positive attitude and great ability to help teach makes him a great asset to team Cheney. Sensei Joseph assists with the Kids Intermediate and Beginner Karate Classes.